Most fishermen think of winter fishing when they hear the word “crappie.”

This fine-tasting fish, however, can actually be caught year-round if you know where to find them.

Finding them takes a little effort, sometimes, but the wait is usually well worth it. They are fun to catch and great to fry up.

Here, we’ll describe how to find them in the fall and how to catch them.

As soon as the temperature begins to fall in the autumn, crappie will instinctively head for shallower water in order to feed and seek out some warmer corners.

You will easily be able to find your fish in depths between 6 and 12 feet at this time. Once the initial fall cool front has made itself known, you can expect to find crappie lingering around any drop-offs near the banks.

During the fall, crappie can tend to get rather aggressive. Because of this, you may want to experiment using different flies. Casting streamers is an effective method for catching crappie, but you can also cast many nymphs for consistent action.

Cast parallel to the vegetation to cover the most ground. Throughout the fall, the fish will be getting closer to spawning and will be very hungry. 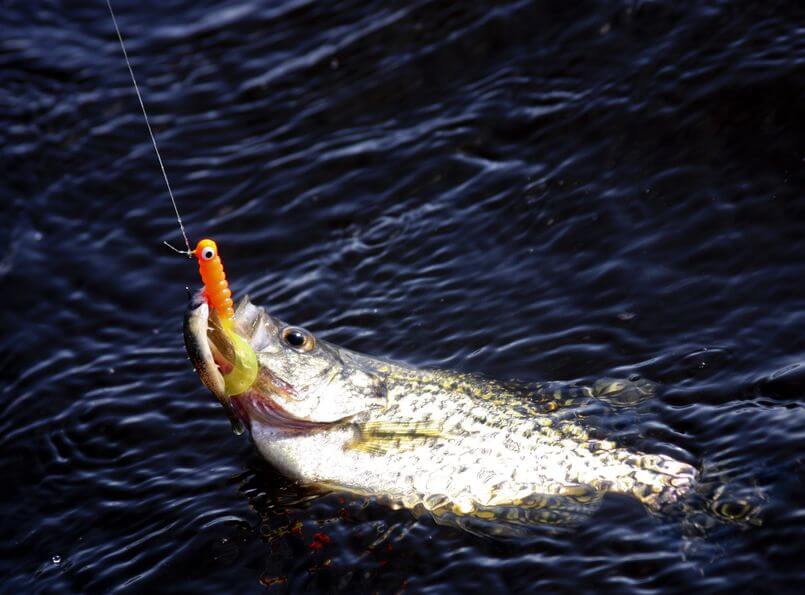 Most crappie anglers call this the “pre-spawn,” and it can be a great time to catch hungry fish.

The downside to the fall season is the cold fronts. Immediately after each passing cold front, the crappie seems to stop biting for a couple of days, so plan your trip accordingly with the weather.

During most of the fall months, the fish will be offshore, but seemingly aggregating closer together as they prepare to spawn. The high winds and rain of the fall season lead to what is called, “turnover.”

This is where the water gets mixed out of that stratified summer condition where the nice thermocline separated the upper warm waters from the cold water below.

Because of this, the fish are even more spread out than during the summer, and you really have to diversify the depths being fished.

You can do this by using several fishing rods or have several reel spools with different types of sinking lines.

Because the water in the fall is usually very mixed in terms of water temperatures, the fish will be very spread out depth-wise.

It is crucial during this time to use several rods or reels– to test the depths by sinking lines at varying depths. 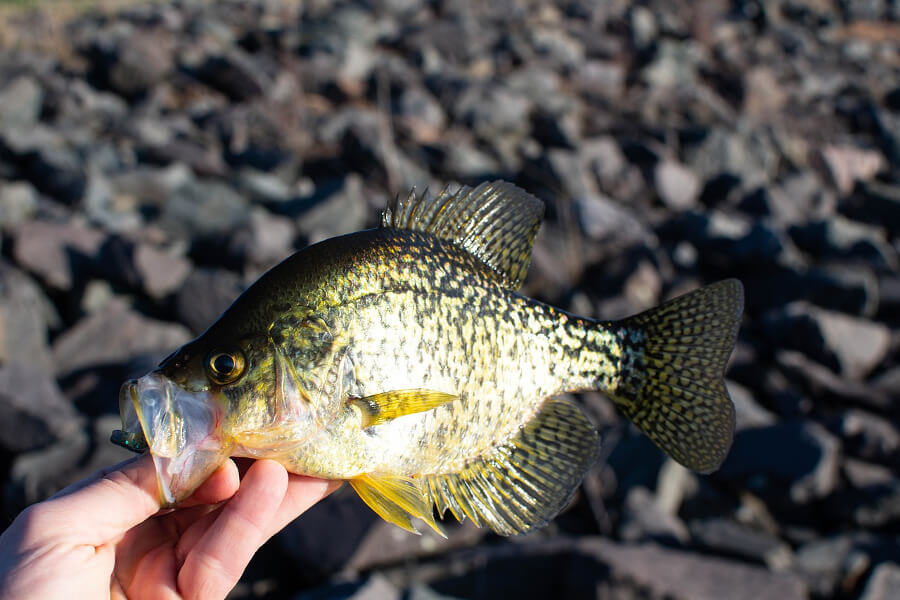 Streamers or nymphs again work best during the fall because of the drifting nature. But they will only be efficient once you find the appropriate depth to fish using the several line methods described above.

The Black crappie (Pomoxis nigromaculatus) is a member of the sunfish family, Centrarchidae, along with fellow Bluegill, Redear sunfish, and Largemouth bass, to name a few.

This is the main crappie species caught in the southeastern United States. It has a deep, laterally compressed body, and a fairly large mouth for a panfish (much larger than that of the Bluegill and other smaller panfishes.

The White crappie does exist in some parts of Florida but is not near as common. The Black crappie is not the largest member of the sunfish family, but it is one of the larger ones.

The maximum length of Black crappie is about 19 inches, with a maximum weight of about 6 pounds.

Most of the fish caught by recreational anglers, however, are between 5 and 10 inches, and between 1 and 2 pounds.