If you’ve ever taken even a slight glance at fishing gear, you’ll have seen there is so much choice. It doesn’t get much more high-tech than reels!

Choosing the right reel is vitally important. It is the workhorse of your entire setup.

Today we will take a detailed look at spincast reels vs spinning reels, discuss the differences, what each is good for, and ultimately which you should choose.

Check below for all you need to know!

What is a Spincast Reel? 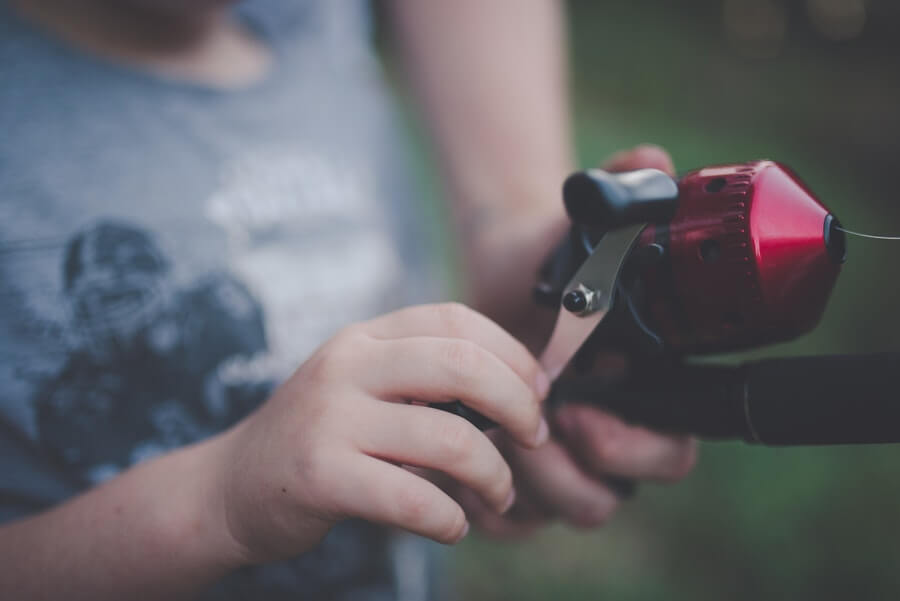 A spin-cast reel is one of the simplest reel designs around. As a result, they tend to be pretty affordable.

They tend to be self-contained units. A large cover at the front of the reel covers up the spool and the line, which is paid out of a small opening. The line comes off the spool in one of two ways…

During the cast, the angler presses a button or trigger at the back of the reel. This disengages the spool and allows the line to be fed out of the opening.

If you pull the line hard enough (like when you’ve hooked a monster fish), the drag will allow the spool to turn while also offering some resistance.

What is a Spinning Reel? 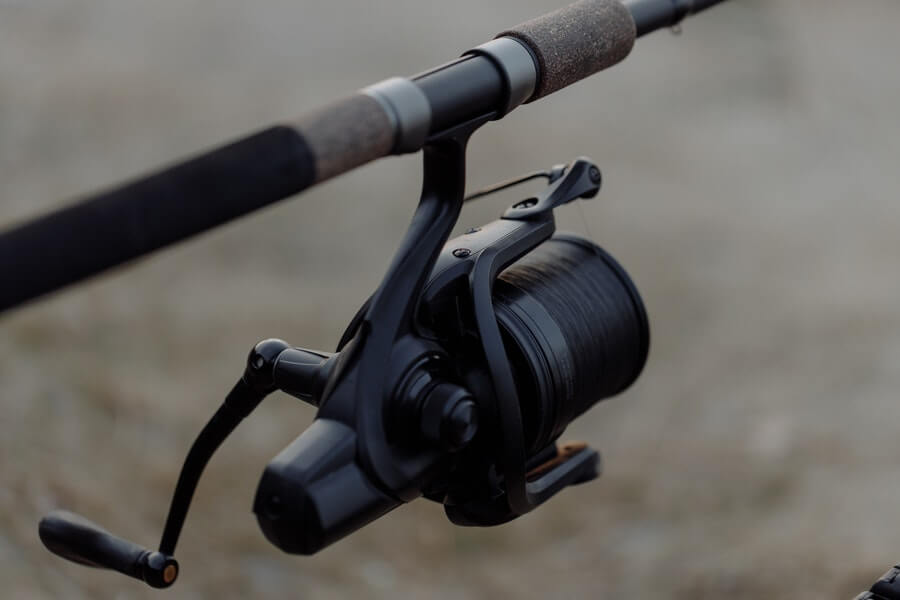 A spinning reel holds the line on a horizontally mounted spool. The line is wound on by a rotating bail arm that orbits the spool when the handle is turned. To release the line, the angler can either pull against the drag or flip the bail arm back, allowing the line to spin off the spool.

Spinning reels come in many different sizes, from tiny 2000 sized reels all the way up to 8000 sized reels used in the best combos for sea fishing and big game species… Or, if you want to put a real bend in your rod, you can even use them for things like catfishing; check out this gear guide to see some ‘big guns’.

What are Spinning Reels Good for?

Spinning reels are an excellent all-rounder. Despite the name, you will find them quite dynamic, and they can be used in a variety of different ways. Here are some of the things that you could use a spinning reel for:

What size spinning reel to choose?

Ah, there’s a question! I always advise new anglers to opt for a 3000 or 400 sized spinning reel as their first choice. That will give you plenty of scope to try out different methods as well as spinning.

What are Spincast Reels Used for?

Spincast reels tend to be a little bit barebones and basic. For that reason, they are used mostly by beginners.

Because they are simple, less can go wrong. Also, due to their simplicity, they tend to be quite cheap. As a result, it doesn’t matter too much if they get dropped, fall in the water, or are badly tangled.

What are the Differences Between Spincast and Spinning Reels?

Ok, I’ve got a spincast reel and a spinning reel side by side. Here is a rundown of the main differences between them and some that aren’t quite so obvious… 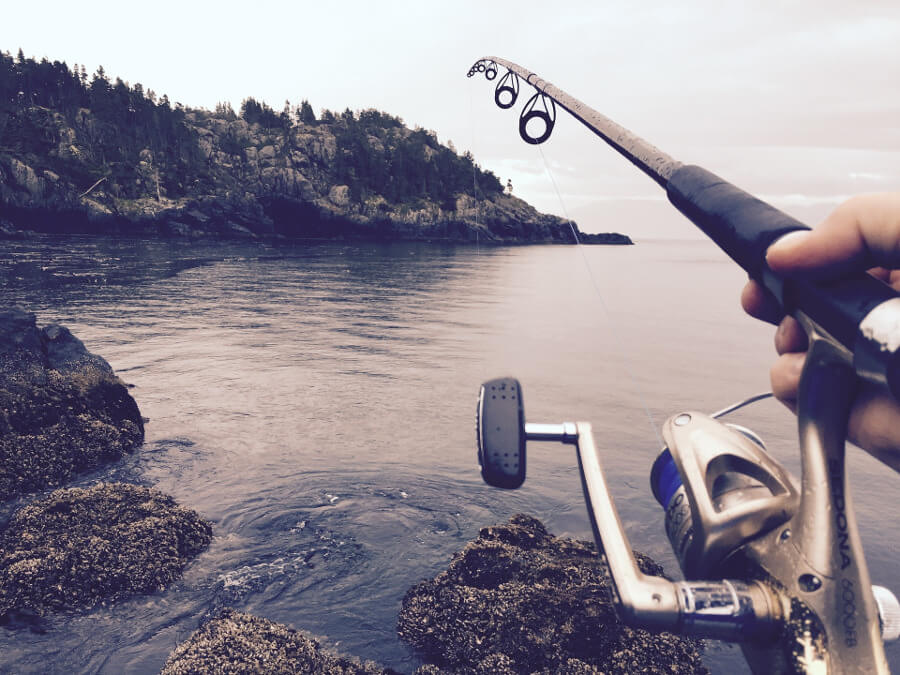 Well, for a start, the spool is smaller. This means that you’ll fit less line on a spincast reel than you would on a spinning reel.

The winding handles tend to be a lot smaller on a spincast reel.

How Spincast and Spinning Reels Work

We touched on the subject briefly, but spincast reels work entirely differently than spinning reels.

In a spinning reel, the spool doesn’t turn at all (unless you pull harder than the drag); instead, the bail arm does all of the heavy work. In a spincast reel, a series of gears rotate to turn the spool and wind on the line.

Take a quick glance at a spinning reel, and you’ll notice the obvious difference. The spool on a spinning reel is really open. You can get your fingers in and touch the line. This is not the case with a spincast reel.

Why would you want to touch the line?

Well, tangles, for one. Fixed spool reels are the easiest to untangle. You’ll also find that with a spin-cast reel, that little hole acts as a trap for all manner of dirt, detritus, and gunge. Because it is closed, it can be really hard to keep the reels inner working clean.

This is an area where, once again, spinning reels tend to win.

The retrieval rate is a term given to how much line is brought in with each turn of the handle. The more line you can get in per turn, the better. Because there is limited space inside a spincast, you’ll find that the cogs and gears are kept fairly small and compact.

You get a slower retrieval rate with a spincast reel.

Listen, you know my mantra.

You get what you pay for.

If you look at the cost of your average spincast reel compared to a spinning reel, you’ll no doubt see a huge discrepancy. Spincast reels tend to sit very much at the budget end of the scale. They are generally considered to be cheap, and as a result, their build quality reflects that.

But, don’t get me wrong…

You can still get a very good spincast reel if you shop around.

Regarding spinning reels, you’ll likely find that regardless of your budget, you’ll be able to find one that touches the upper scale. Spinning reels can cost anything from a few bucks to hundreds of dollars. Again, as a result, you’ll tend to find that those sitting in the ‘premium’ range tend to be really solidly built with a silky smooth action.

This is a big one when discussing spinning versus spincast reels. Because of their open face and bigger spools, spinning reels, aka ‘fixed spool reels’, are great if you want to cast a distance. Because of the bail arm, combined with large spools on bigger reels, you’ll get a nice even line lay.

And here’s what I say…

If it goes on easy, it comes off easily. This equates to massive casting distances.

A spincast reel tends to offer the opposite. There is that tiny little hole at the front that does come into contact with the line. Furthermore, the line can only be paid out as fast as the spool within turns. This will lead to a significant loss of casting power.

There’s got to be something good about spincast reels, right?

As reels go, they are by far the easiest to use (provided they aren’t tangled). Hit the button or trigger on the back, cast out, turn the handle. That is pretty much it.

Here let me show you a quick video demonstration. It’s less than a minute long. Check it out…

A spinning reel requires a lot more coordination and is a bit of a procedure. You take the bail arm off, hold the line with your finger, cast, release your finger at just the right moment and then reengage the bail arm. Sounds complex, right?

The truth is it isn’t that hard, but it can be tricky for beginners.

Here’s a quick video demo detailing how to cast a spinning reel:

Spincast Reels and Spinning Reels – The Pros and Cons

Alright, guys. Let’s get down to it. If you are looking for a list of plusses and minuses, here’s what you need to know.

Which Reel is Right for Me?

It all depends on what you want to do with it. I could say that if you are a beginner, you should go for a spincast reel. However, you’ll find that you’ll quickly outgrow it and be limited by what you can do. 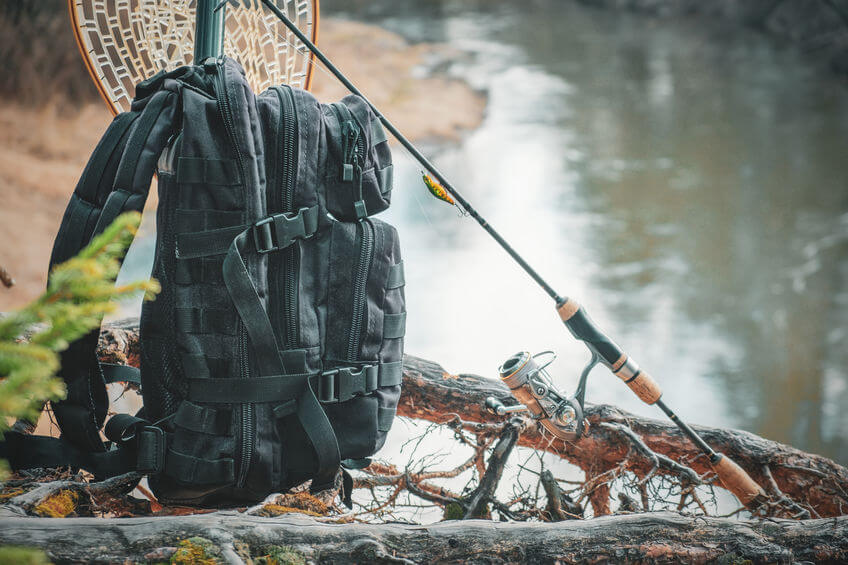 Here’s who a spincast reel might be good for:

Here’s who a spinning reel might be good for:

Addressing spincast vs spinning reels, I’d say that all in all, a good quality spinning reel wins in most categories. If you can get to grips with its operation and settings, it is by far a superior choice, even for beginners.

If you check out my articles on the best carp fishing rods and reels and even those discussing bass fishing, you’ll see that spincasters don’t really feature. That’s because, in most cases, a fixed spool reel is better suited!

There certainly is a place for spincast reels, but they tend to be a little basic in the hands of anyone other than a beginner. When looking at spincast vs spinning reels, my advice would be to spend a little extra and get something to help you advance.

If you are looking for advice on spincasts, spinning reels, or even multipliers, be sure to check out my guide to all the different types of fishing reels. What’s your preference? Tell me in the comments!